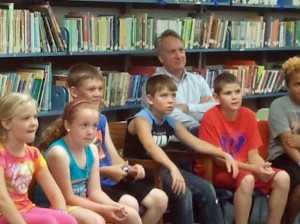 Bluff City Theater kicked off its “Artists in the Classroom” series with performances at three area schools this week.  Students at Center Elementary School in the Ralls County Summer School program, Special Ed students in the Life Skills program and elementary students in the Summer School Program at Quincy’s Baldwin School all benefited from the program.

BCT’s Resident Artist, M. Cochise Anderson introduced the students to North American Native Culture.  The 45-minute program that included some instruction on Native language, as well as performances using Native flutes, drums and stories.  Each session culminated in the students learning either a Native song or dance.  In total, 485 students participated over two days.

Thursday July 19th, BCT performed to campers at the YMCA Adventure Camp program in Hannibal.  An estimated 150 campers from kindergarten through grade 8 participated in a series of presentations. 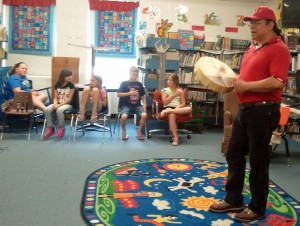 Artists in the Classroom is one of a series of ongoing youth outreach programs that includes children’s summer camps, the Young Adult Mentorship Program (YAMP) for high-school-aged students, performance training and “Bring Your Parents to the Theater”.  Bluff City Theater is committed to youth as part of its Performing Arts Incubation Initiative, introducing the next generation of young people to the magic and power of the performing arts.  BCT is a non-profit corporation which will also produce this summer’s Tales of an Urban Indian, starring Darrell Dennis and performed entirely on a moving transit bus as it drives around the city.  Bluff City Theater is grateful to its sponsors and donors for making this possible, including Tom Boland Ford, the Hannibal Convention and Vistors Bureau and The Quincy Herald-Whig. 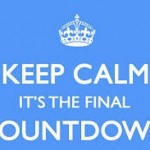 Posted on March 21, 2016by Executive Director

It’s the Final Week to catch Laura Ackermann and Susie…