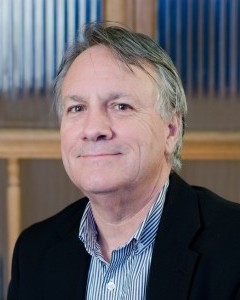 Joe Anderson (Artistic Producer/Executive Director) has been fortunate to have combined almost 40 years as a media professional with his passion for community building. He retired in September 2012 after 39 years with Metroland Media Group, a subsidiary of Torstar Corporation one of Canada’s largest media organizations. The last 25 years were spent as Publisher and Regional Vice President responsible for 30 media properties in Central Ontario.  It was in this role that he solidified his credentials as a community leader with an emphasis on social services and cultural initiatives.  He served on the executives of The Greater Barrie Chamber of Commerce and the community advisory board of The Salvation Army, and as a director for The Greater Barrie Centre for the Performing Arts and the Ontario Community Newspapers Association.  He also served as President of Big Brothers of Oshawa-Whitby and is the Founding Chair of Talk is Free Theatre, a nationally-significant Equity Theater based in Barrie, Ontario.  In addition to his many awards for community service, he is also the recipient of both The Queen’s Golden Jubilee Medal and the Queen’s Diamond Jubilee Medal.  In recent years, Mr. Anderson has concentrated his efforts on cultural advocacy as it relates to quality of life and community economic development.  After relocating to Hannibal in 2013, he and his partner Wesley Yargus co-founded Bluff City Theater with an aim to improving access to theater in an under-served area and creating a new cultural attraction capable of bringing visitors back to Hannibal year-after-year.  They are also actively preserving and restoring historic buildings in the downtown, including the theater which operates in the former Farmers and Merchants Bank (circa 1911) through their investment corporation Indigo Pony Inc. 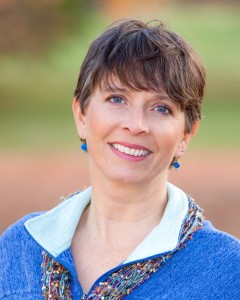 Gale Rublee (Youth Coordinator), heads the YETI (Youth Education in Theater Initiative) which includes BCT Academy, The Teen Mentorship Program, Artists in the Classroom, Summer Day Camps and The BCT Young Company.   Gale enjoys encouraging and providing a space for students to work together and explore their creative expression.  As a teaching professional, she bases her instruction on the idea of “behaving truthfully under imaginary circumstances” using the Sandy Meisner technique of acting.  Gale holds a BFA in theater from Stephens College, spent time in Hollywood pursuing the “BIZ” then returned to St. Louis where she took up performing as a storyteller and teaching drama at COCA. For the past 25 years, Gale has performed and taught in a variety of settings from schools and libraries to summer camps and after school programs.  She is co-creator of Storytellers Side by Side with Karen Young and is a teaching artist with Springboard. In 2010 she created a one-woman show on bi-polar disorder with writer Carol Haake called “When Your Mind Betrays You”. She is also an outdoor nature educator, ski instructor, and T’ai Chi Chih Teacher with classes at Twisted Juniper Yoga in Hannibal. As a relatively new resident of Hannibal, Gale is excited to be part of Bluff City Theater’s YETI programs! 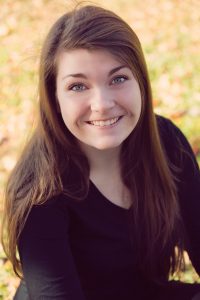 Courtney Friday (BCT Academy Instructor) is a multi-instrumentalist and vocalist who enjoys teaching others how to express themselves by using their full voice. Courtney started playing music at a young age in her family’s bluegrass/gospel band, and was playing seven instruments by age 15. Although her eyes were always set on performing on the stage, her passion for teaching was always close behind. She has been teaching in the Northeastern and Central Missouri areas for the past four years. Her Bluff City Theater credits include The Heiress (2015) and Emily: The Musical (2017). When she’s not teaching or performing, she spends time with her husband, Wes, and their precious son, Wesley.