Posted on May 5, 2017by Executive DirectorPosted in 2017 Season, Community Arts, Education, News
00

Bluff City Theater will be presenting the American premiere of an exciting new Canadian musical based on the Emily of New Moon series of books by Lucy Maud Montgomery.  This is an Equity professional production and all starring roles have been cast.  We are seeking talented individuals to fill six remaining featured roles in the cast.  This is an opportunity to gain valuable experience working with professional directors and cast members.  As an EMC eligible theater, we are also able to provide EMC qualified weeks for those working towards full Equity membership. 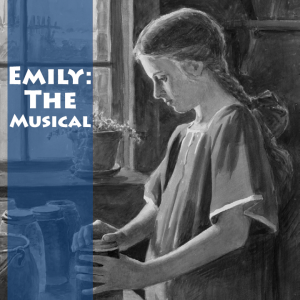 Douglas Starr/Dr. Burnley-Male-Emily’s father who passes away at the beginning of the play and then Ilse’s father for the remainder of the play.  He is in his late 20’s/early 30’s and is a possible love interest for Aunt Laura.  Also appears in ensemble scenes.

Aunt Laura-Female-A woman in her late 20’s/early 30’s.  Kind, loving and sweet, a surrogate mother for Emily.  She and her sister Elizabeth are spinsters who live and work at the New Moon Farm.  Strong singing required.

Dean Priest-Male-A character role, a man in his late 20’s who is interested in Emily romantically when she is older (20’s).  Physically deformed (spinal misalignment) he is smart and kind.  Also plays in the ensemble and a few featured scenes.

Janet Royal-Female-A newspaper reporter, 30’s-50’s who is a strong female character and is part of the ensemble.

Auditions will be held at the Bluff City Theater Annex on Monday, May 15th from 6-9 p.m.  Please send in advance or bring a resume and photo to the audition.  Come prepared with a short monologue and 16 bars of an uptempo song.

To book an audition, email auditions@bluffcitytheater.com by Saturday May 13th.

For information on this production www.bluffcitytheater.com 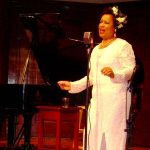 Mardra and Reggie Thomas to headline our Speakeasy Soiree!

Posted on April 7, 2018by Executive Director